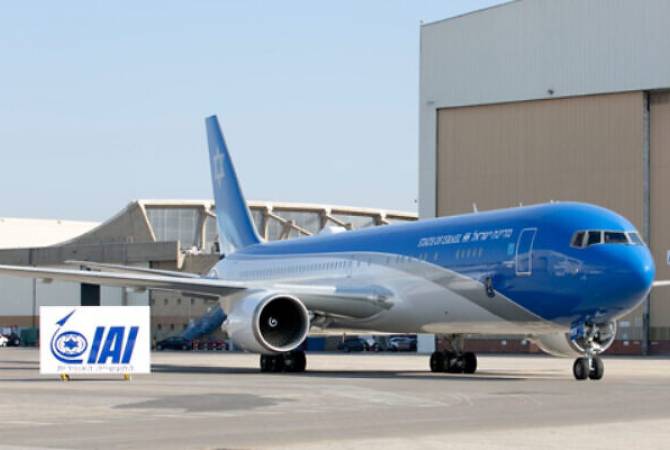 
YEREVAN, SEPTEMBER 22, ARMENPRESS. A new massive leak of US financial materials including bank documents shows that Israel’s largest aerospace and aviation manufacturer – the Israel Aerospace Industries – has paid at least $155,000,000 to two companies that were reportedly used as a secret slush fund for the Azerbaijani ruling regime, the Times of Israel reports.

The payments aroused the suspicions of Deutsche Bank officials charged with monitoring transactions they suspected may have been linked to money laundering or terror financing. Deutsche Bank then filed more than a dozen suspicious activity reports with the Financial Crimes Enforcement Network of the United States Department of the Treasury (FinCEN) in the years 2012-2014.

The Deutsche Bank reports describe two companies — Jetfield Networks and Larkstone Ltd. — as recipients of the $155 million in IAI payments, according to the Times of Israel.

The beneficiary of both companies is Javid Huseynov, an Azeri man born in 1961.

Jetfield and Larkstone were revealed in a 2017 expose by the Organized Crime and Corruption Reporting Project (OCCRP) to be central nodes in what became known as The Azerbaijani Laundromat, a slush fund used by Azerbaijani officials to purchase luxury goods as well as to buy good PR for the regime.

For instance, more than 2 million euros that left Azerbaijan, with a portion going through Jetfield, reportedly ended up in 2012 in the bank account of Italian politician Luca Volontè, Rome’s representative to the Parliamentary Assembly of the Council of Europe (PACE). Italian police suspect that in exchange for the payment, Volontè tried to soften the European Council criticisms of human rights violations in Azerbaijan.