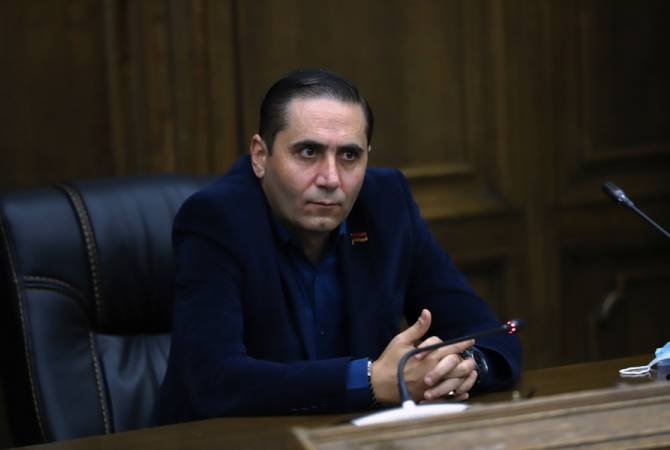 During today’s parliamentary hearings the lawmaker said the Azerbaijani and Turkish presidents, foreign ministers, their military leaderships carry out such active information preparation works that they may launch new military provocations.

“The statement of the Azerbaijani leader has no connection with the negotiation process. Today the Azerbaijani leadership is provoking war, carries out very active preparation works. The situation of today is completely different. This is the first time that Turkey is not ruling out or hiding its military engagement, participation to the processes, but quite clearly announces that it will be engaged in the supposed processes”, he added.

According to him, Armenia should raise this issue at all possible and impossible international channels and platforms. “We have proofs that Azerbaijan jointly with Turkey is trying to again generate tension in the region”, Arman Abovyan said, adding that the developments taking place around Armenia and Artsakh should force the Armenian side to be more consistent and aggressive from diplomatic terms both in the negotiation table and the international arena in general.

Recently Azerbaijani President Ilham Aliyev again made an absurd statement, noting that the Armenian leadership has caused a serious blow to the negotiation process, and they refuse from the negotiations.