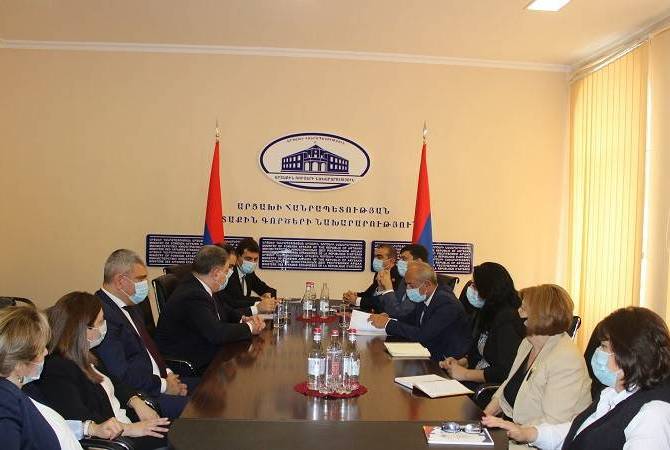 The sides thoroughly discussed issues relating to strengthening and deepening the sectoral cooperation between the two ministries.

Artsakh Foreign Minister Masis Mailyan received the Armenian MFA’s delegation. In his remarks the minister highly valued such kind of consultations between the two ministries which allows to outline the cooperation prospects between the two structures.