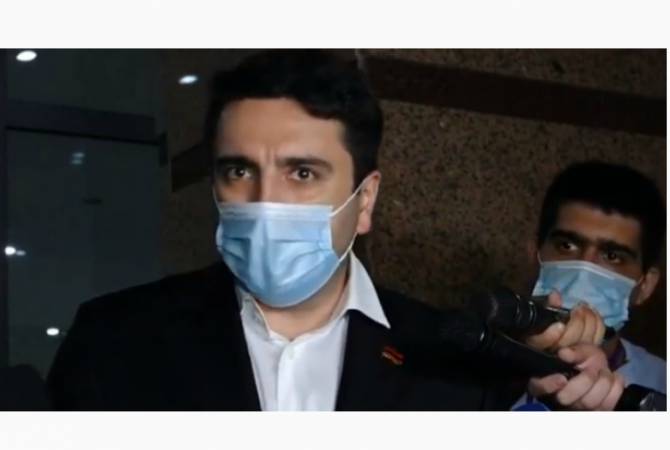 
YEREVAN, SEPTEMBER 17, ARMENPRESS. Armenian Prime Minister Nikol Pashinyan discussed the situation of the economy under the conditions of the novel coronavirus during the meeting with ministers, governors and My Step faction MPs at the headquarters of the Civil Contract party, Vice Speaker of Parliament Alen Simonyan told reporters after the meeting which lasted about two hours.

Touching upon the meeting, the Vice Speaker said this is a new format where the Cabinet and the Parliament jointly discussed the agenda issue of the day. “Today’s agenda issue related to the economy, the COVID-19, different notifications were made, Q&A session was held. The discussion took place within this logic”, he said, adding that such format meetings will be continuous. According to him, such meetings will probably be held once a month attended by the ministers, governors and lawmakers from the Civil Contract party.

In response to the reporters’ question, the Vice Speaker stated that no discussion about the leadership’s tension with the Prosperous Armenia Party, any other party took place during the meeting.