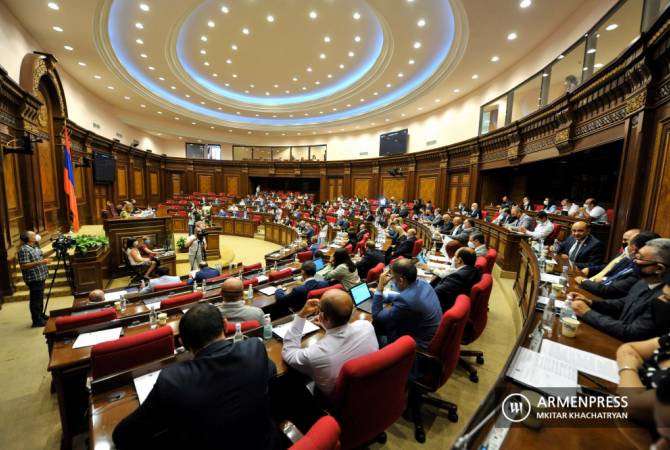 
YEREVAN, SEPTEMBER 17, ARMENPRESS. Ruling My Step bloc’s bill on criminalizing “the direct and public incitement of genocide” passed parliament with 121 votes in favor.

The law envisages up to 10 years imprisonment for “directly and publicly inciting genocide”.  Up to 14 years of imprisonment is envisaged if the crime is committed with conspiracy by a group of people or through mass media or computer systems. If an organized group has committed the crime by abusing official position the punishment is up to 20 years in prison.