Heroes Of Our Times: Armenia to honor health workers and troops on Independence Day 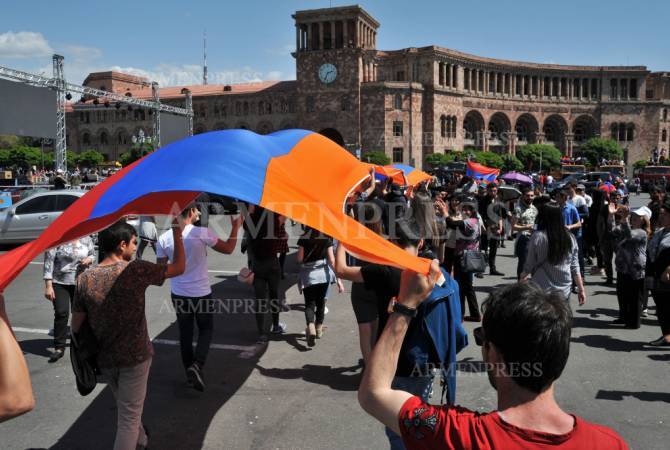 
YEREVAN, SEPTEMBER 17, ARMENPRESS. Armenia will pay special tribute to modern day heroes fighting the COVID-19 pandemic and guarding the country's borders – medical workers and troops – during the Hero Of Our Times Awards on September 21 – the Independence Day of Armenia.

Hero Of Our Times is also the eponymous TV show discovering and presenting entrepreneurial success stories. The program is run by the Public Relations and Information Center organization of the Prime Minister’s Office.

In two years, the program has featured more than 70 talented entrepreneurs who built their success through hard work.

The eponymous awarding ceremony was launched in 2019 and is held on the Independence Day. 12 heroes receive the Hero Of Our Times Award, and one is honored with the Grand Prix, awarded personally by the Prime Minister.

This year, the organizers added two new awards for health workers fighting the COVID-19 pandemic and for the troops for their heroic actions in defending the country during the Azerbaijani attacks on Armenia in July 2020.

The awarding ceremony will be broadcast at 22:00 local time on Public Television, as well as online through the Hero of Our Times social media page, the Prime Minister’s Office said. The ceremony will take place at the Zvartnots Cathedral.