'Azerbaijan was wrong, we were right': Armenian PM on logic of July battles 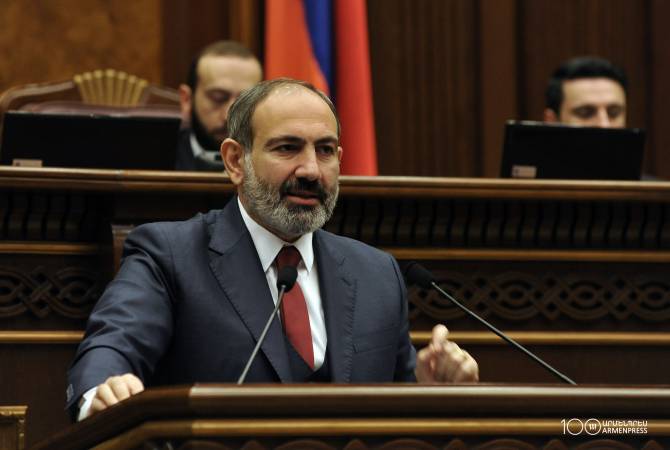 “It [the statement] is in accordance with the visions of the Armenian side on resuming or continuing the negotiation process. We have principles in the negotiation process, we have recorded these principles, but we have also stated that we do not consider these principles as a precondition, we have stated that we will not negotiate if these issues are not solved. Because if all these issues are solved, there is no need to negotiate. Negotiation aims at solving these issues, it doesn’t need to start after the solution of these issues”, the PM said during a Q&A session in the Parliament, in response to the question of independent MP Arman Babajanyan.

The PM said in his view Azerbaijan has preconditions, as it says that Karabakh must be exclusively a part of Azerbaijan. He said that before the July battles Azerbaijan was making militaristic statements which are not in line with the negotiation logic at all.

“But I think that the position of the international community is very clear: the Karabakh issue has exclusively a peaceful, negotiated solution, but the July battles changed the following logic: we were stating that no one can talk to Armenia and Artsakh with the language of force, Azerbaijan was stating that they would solve the Karabakh issue by force within 24 hours. It turned out that Azerbaijan was wrong, we were right”, the Armenian PM stated.

He also informed that no meeting is scheduled between the Armenian and Azerbaijani foreign ministers, discussions are in process.

On July 12, 2020, Azerbaijan unleashed an attack on the border with Armenia, in the direction of Tavush province, targeting not only the Armenian military positions, but also the civilian settlements. But all attempts of Azerbaijan resulted in failure as the Armenian Armed Forces confidently pushed back all the attacks and took the situation under full control.