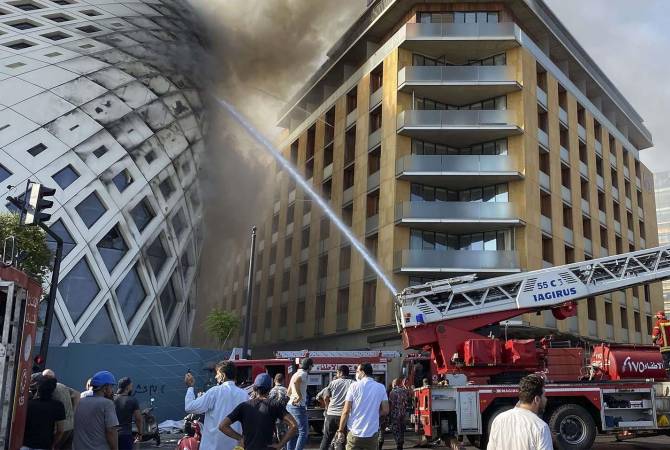 
YEREVAN, SEPTEMBER 15, ARMENPRESS. As Beirut was still struggling to recover from the trauma inflicted from the August 4 explosion of 2,750 tons of ammonium nitrate at the city’s port when at least 192 people were killed, more than 6,000 injured, and homes and other property were devastated for many miles around, the Lebanese capital was hit by two fires again – one near the same place in the port, and the other on September 15 at a commercial district.

Now, after the most recent fire, two prominent Lebanese-Armenian figures are suspecting that the incidents involve some kind of foul play.

Beirut-based Aztag Daily’s Editor-in-Chief Shahan Kandaharian told ARMENPRESS that authorities haven’t yet determined the cause of the September 15 brief fire in the commercial building.

“Fortunately there was no explosion here, however, these similar successive incidents are creating a very bad mood. After what happened a month ago, these fires give reason for suspicions, and also create somewhat panic and a difficult psychological situation,” Kandaharian said.

Sevak Hakobian, the Editor-in-Chief of another Beirut-based newspaper – Zartonk – told ARMENPRESS that it would be “naïve” to consider that all these incidents happened coincidentally.

“Three incidents in one month, the explosion in the port, then a fire in the same port, and now a fire in a commercial building.[Authorities] haven’t yet announced the cause of the fire, but I think that this all is happening in an atmosphere of general pressure,” Hakobyan said.

Neither Kandaharian nor Hakobyan elaborated.