We will show that Artsakh meets all necessary parameters for int’l recognition – Perm. Rep. 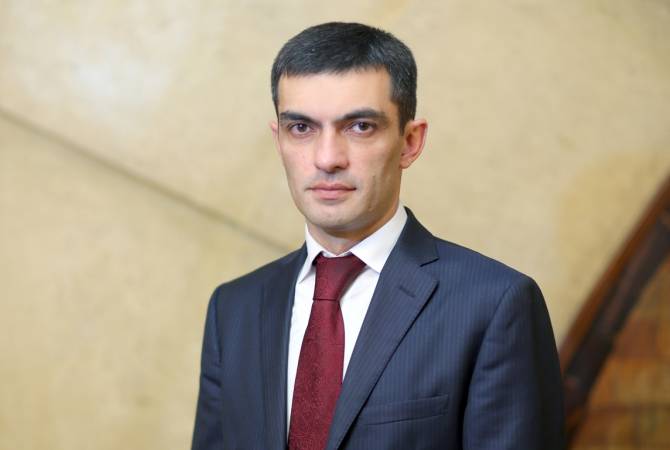 Ghazaryan graduated from the Moscow State Institute of International Relations, worked in the Ministry of Foreign Affairs of the Republic of Artsakh and in the RA permanent representation abroad, was Member of the RA National Assembly of the 5th convocation, Deputy Chief of the Standing Committee on Foreign Relations of the Artsakh Parliament.

— Could you please tell us about the priorities of your activity? What new are you planning to bring to the work of the Permanent Representative? And in general, we would like to know about specifics of the work of the representative of the de-jure not recognized republic.

-Speaking about the priorities of the activity of our representation, I would like first of all noting  the deepening integration processes between the two Armenian states, guided by the 2020-2025 Program of the President of the Republic of Artsakh, and the perception of our common future that has already been firmly entrenched both in the public consciousness and in the vision of the authorities.

One of the most important aspects of our activity  is establishment and development of friendly relations with foreign countries and international organizations represented in the Republic of Armenia. Another important function is to properly represent the Republic of Artsakh in Armenia, as well as to provide information about Artsakh to the whole world through various organizations, operating here. For instance, many businessmen and tourists, visiting Armenia,  make decisions on  establishing economic ties with Artsakh or traveling to our country here, just at place.

As for the specifics of the work as a representative of the de-jure non-recognized republic, I would like to ensure that we will do our best to show in practice that the de-facto existing state, i.e. the Republic of Artsakh, meets all necessary parameters for international recognition.

The Republic of Armenia is a guarantor of security of the Republic of Artsakh. In the meantime  the Artsakh people stand side by side with compatriots in Armenia. We are in the common security system, closely integrated in the financial, economic and legal fields with Armenia.

At the same time the recent  Azerbaijani aggression against Armenia in the Tavush region proved the urgency of giving a new impetus to security cooperation between the two Armenian states, which was confirmed by the authorities of the Republic of Armenia and Republic of Artsakh. In this context  we attach great importance for developing a legal framework for cooperation in this area, taking into account common security challenges facing both sides.

— Artsakh is an important part of the Armenia-Artsakh-Diaspora trinity. What do you intend to undertake for further consolidation of this strategically important unity?

-The Armenia-Artsakh-Diaspora trinity is a de facto system of existence of the Armenian people and the united Armenian statehood. Our future depends on the effective functioning of each part of this system  and its entity. We all remember well the earthquake of 1988, beginning of the Karabakh Movement, the 1991-1994 war, the April war of 2016, recent incidents in Tavush and the last tragic event in Beirut. In all these cases we were together and thanks to this unity we have been able  to get out of the most complicated and difficult situations. So the solidarity of the Armenian world is the key to our future achievements and victories.