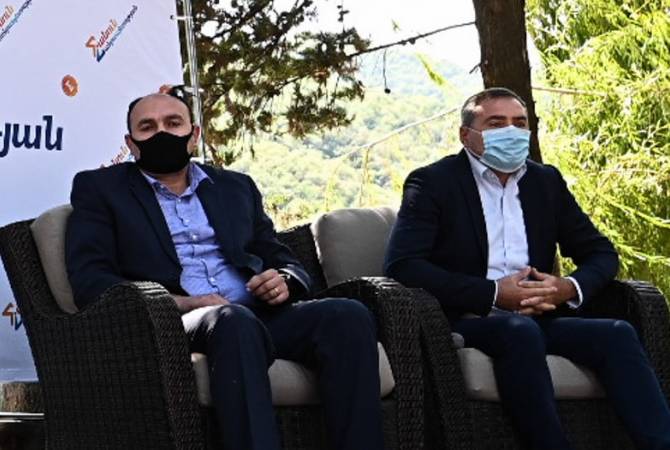 
YEREVAN, AUGUST 29, ARMENPRESS. Turkey is supporting Azerbaijan only over the Nagorno Karabakh conflict issue or the Armenian theme, in case when Azerbaijan is obliged to support Turkey on dozens of issues in order to prove also the “one nation, two states” thesis, Expert on Turkish studies Hayk Gabrielyan said at a conference today in Aygepar community of Armenia’s Tavush province.

According to him, Turkey is always expressing its support to Azerbaijan by receiving certain concessions for that, moreover, after every escalations on the Armenian-Azerbaijani border.

“And now Turkey urged Azerbaijan to buy more weapons, in particular Turkish-made UAVs, which Azerbaijan was mainly purchasing from Israel. I link Ilham Aliyev’s statement, according to which Turkey will soon become Azerbaijan’s number one ally in the military-technical cooperation field, with the “one nation, two states” thesis proposed by Erdogan, which Azerbaijan must prove on every matter”, he said.