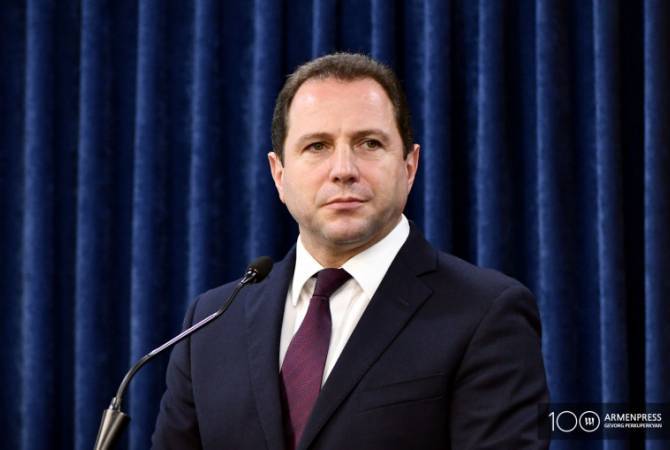 
YEREVAN, AUGUST 28, ARMENPRESS. Armenian defense minister Davit Tonoyan didn’t want to answer the reporters’ questions about the 2016 April War, urging them to address their questions after the publication of the conclusion of the Parliament’s investigation committee.

“The parliamentary committee investigating the circumstances of the April War has carried out a major work, let’s wait for the statement, and after that you can ask questions, maybe I will agree or disagree with something”, the minister said.

Asked whether the Armenian side won or lost the war unleashed by Azerbaijan, the minister said in global terms the military-political situation has not changed.

“The April operations ended with some territorial losses, but no military-political change has taken place”, he said.