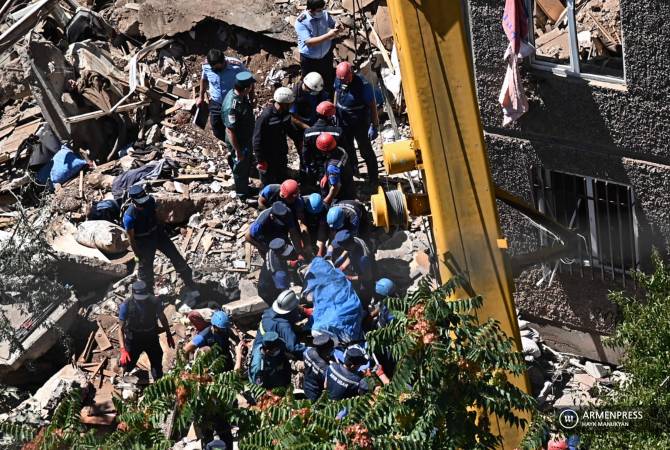 
YEREVAN, AUGUST 26, ARMENPRESS. Rescuers found the body of a man under the rubbles of the apartment building in Yerevan which was partially destroyed by a gas explosion Wednesday morning.

The explosion was caused by a gas leak.

Two others are hospitalized. One of them is critically injured.

The incident took place at 3 Raynis Street in the Kanaker-Zeytun district.

The Mayor of Yerevan said the residents of the building will be provided with temporary accommodation until experts will evaluate the possibility of restoring the building.