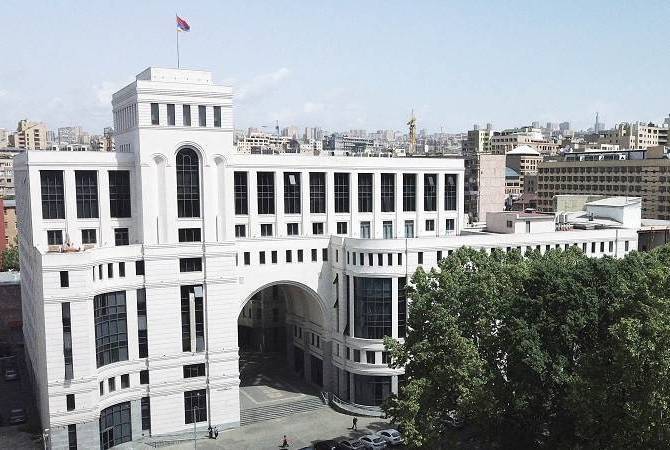 
YEREVAN, AUGUST 15, ARMENPRESS. The Foreign Ministry of Armenia has issued a statement over the recent developments in the Eastern Mediterranean, emphasizing the unconditional support of Armenia and solidarity with Greece and Cyprus.

As ARMENPRESS was informed from the press service of the MFA Armenia, the statement runs as follows,

''We closely follow the latest developments and naval mobilization in the Aegean and Eastern Mediterranean caused by the Turkish illegal and provocative actions. This destabilizing posturing in the Eastern Mediterranean manifests continued aggressive and expansionist policy that Turkey has been pursuing in its neighbouring regions.

We reiterate Armenia’s unequivocal support and solidarity with Greece and Cyprus and call on Turkey to de-escalate the situation, respect the International Law and cease all actions within the Exclusive Economic Zone (EEZ) of Greece and Cyprus''.