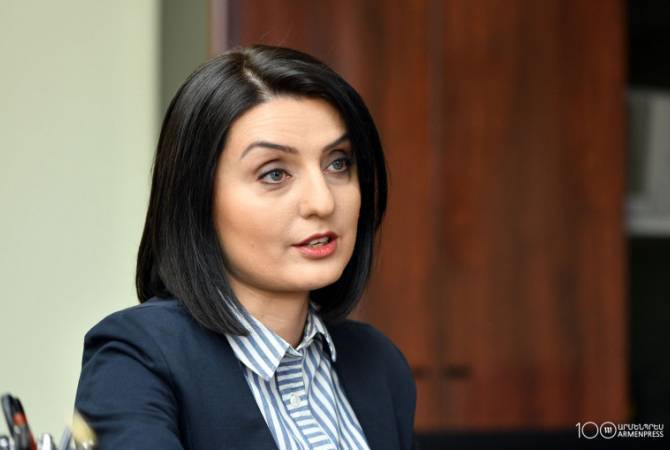 
YEREVAN, AUGUST 15, ARMENPRESS. The Government of Armenia is elaborating social assistance and integration programs for those Lebanese-Armenians who will express desire to leave Lebanon and settle in Armenia, ARMENPRESS reports Minister of Labor and Social Affairs of Armenia Zaruhi Batoyan informed.

''Following the Beirut explosion naturally our compatriots in Beirut and particularly the citizens of Armenia would expect the assistance of the Republic of Armenia. Now, when the Government has provided 1st aid to Lebanon, the 1st steps are done and we must be ready to that if our compatriots living there decide to leave Lebanon for some reasons, they should come to Armenia so that they get new opportunities for living free, happy and prosperous in Armenia'', Batoyan said.

The Minister noted that everything must be done so that after they arrive in Armenia, they should not think of moving to other countries like it happened with many Syrian-Armenians.

''For this goal it's necessary to first of all elaborate social assistance and integration programs and review the old ones. Works in this direction have started and the ministry participates in the discussions'', Zaruhi Batoyan said.

On August 4, a major explosion in the Port of Beirut sent an immensely powerful shockwave across the Lebanese capital, killing at least 220 people, injuring 7000 and causing massive destruction. Around 300,000 people were left homeless. It resulted in US$10–15 billion in property damage.

Among the victims are 13 Lebanese-Armenians who died in the blast, and 300 other representatives of the community were injured.

The blast has been linked to a port warehouse where about 2,750 tonnes of ammonium nitrate were stored in unsafe conditions. The cause of the explosion is under investigation.

Armenia has sent 3 airplanes of relief aid to Lebanon. These airplanes brough back nearly 100 Lebanese-Armenians who had housing problems in Beirut following the blast.