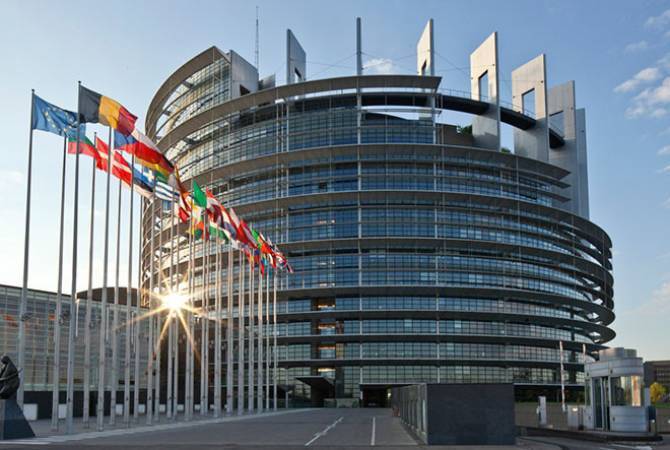 
YEREVAN, AUGUST 14, ARMENPRESS. The European Parliament’s second-largest political group has today called for Azerbaijan to be “immediately expelled” from the Eastern Partnership . The call came as part of a statement published ahead of an emergency meeting of the EU’s Foreign Affairs Council to discuss the on-going situation in Belarus, ARMENPRESS was informed from Brussels-based NGO ''European Friends of Armenia''.

Labelling the elections a sham, the statement strongly condemned the subsequent violent crackdown against protestors and honoured their bravery. Drawing parallels between the flawed elections in Belarus this month and Azerbaijan six months ago, Vice President of the Socialists and Democrats, Kati Piri MEP said:

“We cannot be in partnership with countries where we witness the violent repression of political opposition and civil society. Dictators are the enemies of free societies. Both Belarus and Azerbaijan should be immediately expelled from the Eastern Partnership Programme.”

This statement comes just ten days after the same group called for sanctions to be imposed upon leading members of the Azerbaijan government in response to increasing levels of human rights abuses in the country.

Speaking from Brussels on behalf of the European Friends of Armenia, William Lavender said: “Democracy, the rule of law, and human rights are the foundations upon which the Eastern Partnership is built. Too often we see some in the European Parliament willing to overlook these principles for the sake of other interests. Sadly to say, those interests are often at the expense of Armenia. I’m pleased to see that at least one group in the European Parliament is taking these principles seriously and I hope that we will soon see other groups support this honourable position”.

EuFoA is Brussels-based NGO seeking to build bridges between Armenia and the European Union. EuFoA does not influence and/or impact the topics of interest selected by the journalists, nor the content of the material produced, the articles and stories published in the news headlines and media outlets they represent or work with. The organisation is interested in objective and transparent coverage of the situation in the region.