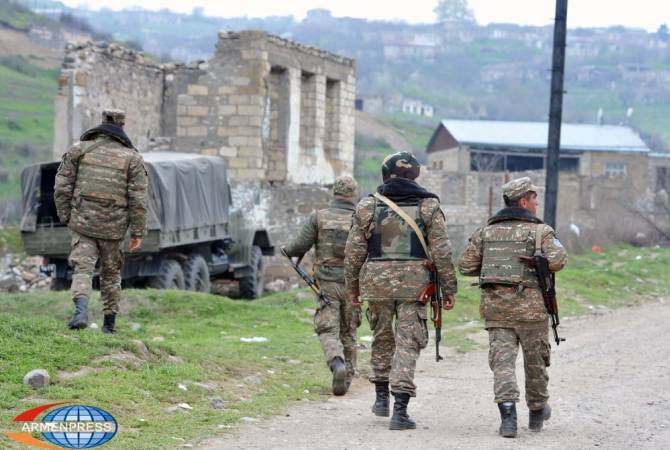 He mentioned his proposed formula for the resolution during an interview on BBC’s HARDtalk.

Speaking about his “Artsakh is Armenia, period” statement, Pashinyan noted that for many millennia Nagorno Karabakh has been populated with indigenous Armenian people.

“Artsakh name is aged for several thousand years. The document of UNSC didn’t mention Republic of Armenia or Armed Forces of Armenia, there is written about Nagorno Karabakh Armenians Self Defense forces. The reality is in the moment of this conflict 80-90 percent of population of Nagorno Karabakh was Armenian and Azerbaijan tried to clean this land from Armenians and conflict started from this moment”.

Pashinyan disagreed with host Stephen Sackur’s description of Armenia’s stance to be “nationalistic”, saying that Armenians in Nagorno Karabakh are facing an existential threat.

Any war is a chain of tragedies, that’s why we say let’s refuse any possibility of using force for solution of Nagorno Karabakh conflict, and any peace is comprise, and Armenia was and is ready for compromise”, he said.

The Armenian PM also reminded about the Armenian victims of the Sumgait and Baku pogroms, noting that these tragedies had a key role in the NK conflict issue.