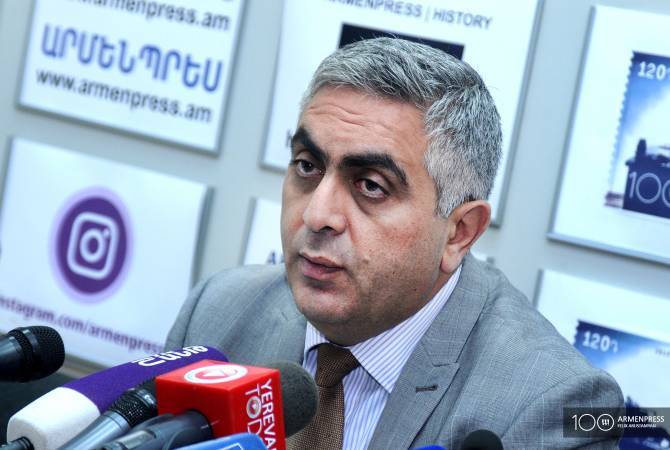 
YEREVAN, AUGUST 13, ARMENPRESS. Head of the Command and Staff Faculty of the Vazgen Sargsyan Military University and former MoD spokesperson Artsrun Hovhannisyan spoke about the military escalation on Armenia-Azerbaijan border in July in an interview with Defense Romania.

Hovhannisyan noted Armenia successfully repelled the Azerbaijani attack and presented some details over the military operations.

''In addition to the use of UAVs during the military operations, Azerbaijan also used Israeli-made military equipment and Azerbaijanis also used the special unit called ''Yashma’', Hovhannisyan said, adding that the fact that a number of Azerbaijani servicemen were taken hostage by the Armenian side shows that Armenia was not only able to repel the Azerbaijani attack, but also demonstrated its military dominance over Azerbaijan.

''At first the Azerbaijani armed forces used 7 mortars of 82 mm and then 3 mortars of 120 mm against Chinary village of Armenia, resulting in damages to houses. The Defense Ministry of Armenia targeted and neutralized all the attempts against the territory of the Republic of Armenia. By the way, the Armenian Armed Forces, remaining faithful to their principles, never fired in the direction of Azerbaijani settlements’’, Hovhannisyan said, adding that the Armenian Armed Forces also successfully repelled the attack of Azerbaijani special unit called ‘’Yashma” against ‘’Fearless’’ position, inflicting serious losses on the enemy.

Summing up, Artsrun Hovhannisyan said that long-distance, non-contact night combat, at least increase their importance and high tech solutions become decisive. ‘’And here the Armenian army proved its professional and tactical dominance over the Azerbaijani army’’, he said.