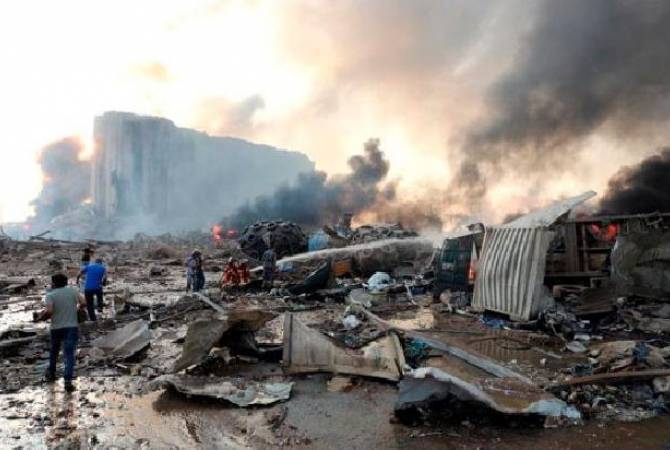 
YEREVAN, AUGUST 13, ARMENPRESS. The Lebanese prosecution intends to question several Cabinet members of both the incumbent and previous governments over the August 4 Beirut port explosion, Al Arabiya TV reported citing a source within the judiciary.

According to the source the prosecution will start by questioning Ghazi Aridi, the former Lebanese minister of public works and transportation. Other former ministers of finance, justice and public works will also be summoned.

171 people died and nearly 6000 were injured when more than 2700 tonnes of ammonium nitrate exploded in a warehouse in the port of Beirut on August 4. Dozens are missing. Heavy damages occurred across the Lebanese capital.

The highly explosive material was stored at the facility for 6 years. The cause of the explosion is under investigation.

Days after the blast many Lebanese citizens took to the streets to demonstrate against the government. The protesters accuse the ruling coalition in corruption and demand early elections and an independent probe into the blast. Two days after the protests began, PM Hassan Diab announced his government’s resignation on August 10.