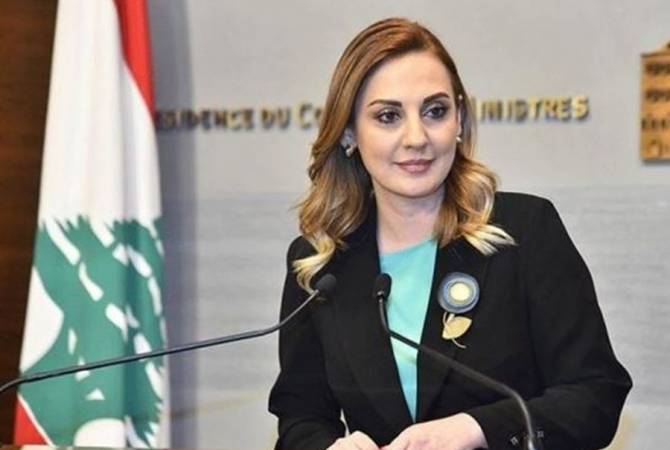 
YEREVAN, AUGUST 10, ARMENPRESS. Lebanon’s Minister of Youth and Sports Vartine Ohanian has announced that she is demanding the government’s resignation in connection with the August 4 Beirut explosion and the aftermath.

Ohanian, a Lebanese-Armenian, said she will formally submit her demand at the upcoming Cabinet meeting.

On August 4, a major explosion in the Port of Beirut sent an immensely powerful shockwave across the Lebanese capital, killing at least 220 people, injuring 7000 and causing massive destruction. Around 300,000 people were left homeless. It resulted in US$10–15 billion in property damage.

Among the victims are 13 Lebanese-Armenians who died in the blast, and 300 other representatives of the community were injured.

The blast has been linked to a port warehouse where about 2,750 tonnes of ammonium nitrate were stored in unsafe conditions. The cause of the explosion is under investigation.