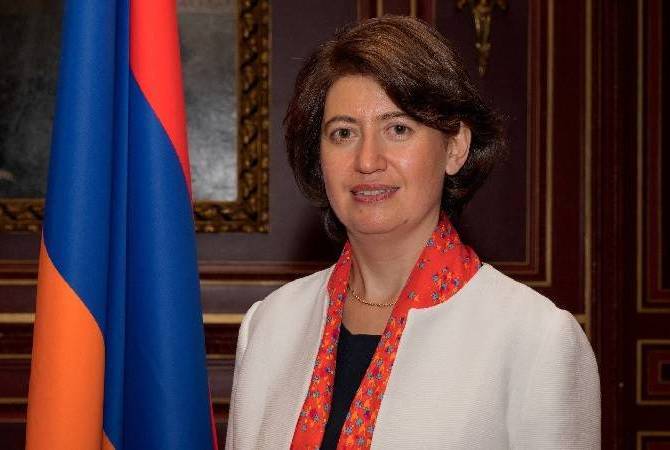 
YEREVAN, AUGUST 10, ARMENPRESS. The Treaty of Sevres would’ve allowed reducing the serious consequences of the Armenian Genocide, according to Armenian Ambassador to France Hasmik Tolmajian, who posted a tweet on the 100th anniversary of the Treaty of Sevres today, on August 10.

“100 years ago on this day, the Allied and Associated Powers, including France and Armenia, signed with Turkey the Treaty of Sevres,” the ambassador tweeted. “It was perceived as the key to establishing a just regional peace which would have also made it possible to reduce the serious consequences of the Armenian Genocide,” she said.