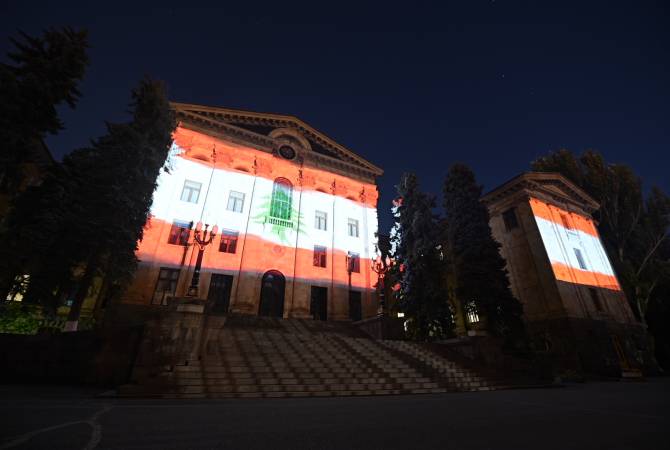 
YEREVAN, AUGUST 6, ARMENPRESS. The National Assembly of Armenia has been illuminated with the colors of Lebanon flag as a symbol of solidarity. ARMENPRESS reports the light were switched on at 21:00 Yerevan time.

More than 2700 tons of ammonium nitrate exploded in the port of Beirut at a warehouse on August 4, sending massive shockwaves through the Lebanese capital. More than 137 people are dead and 5000 are wounded. Heavy damages occurred across the city. August 5 was declared mourning day in the country. 11 Armenians are among the victims.