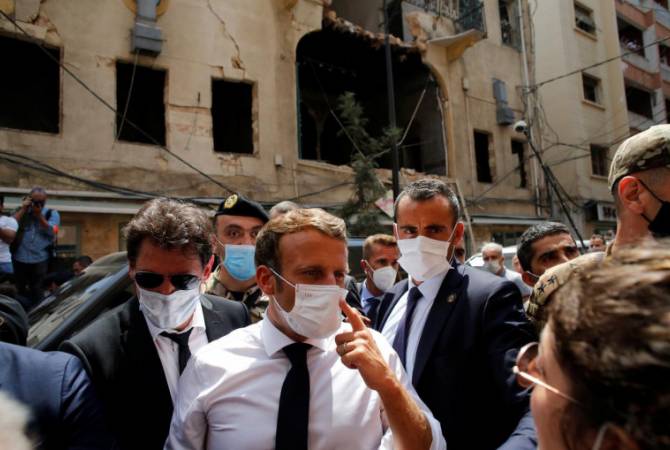 
YEREVAN, AUGUST 6, ARMENPRESS. French President Emmanuel Macron arrived in Beirut and visited the areas damaged by the explosion. ARMENPRESS reports, citing AL Jazeera, numerous Lebanese have gathered in the streets to greet the French President and to ask him to help ''put an end to the corrupt regime''.

''I see your emotions, your grief and pain reflected on your faces and for that reason I am here'', Macron said, promising to send more medical and other aid to Lebanon.

The people surrounding him were continuously chanting ''Revolution, the people wants to overthrow the regime''.

Emmanuel Macron noted that political changes are also necessary and this explosion will herald the start of a new era.

‘’We hope the assistance will reach the people of Lebanon, not to the corrupt leaders’’, one of the Lebanese people responded to Macron.

‘’I guarantee it. The assistance will not appear in the corrupt hands. I will speak with the political leadership and I am here to offer them a new political agreement’’, Macron said.

An enormous explosion rocked Beirut on August 4. The number of victims continues to rise, thousands are injured and tens of thousands have remained homeless.

11 Armenians are among the victims.