The Circle of Friendship with Artsakh in Australia expands 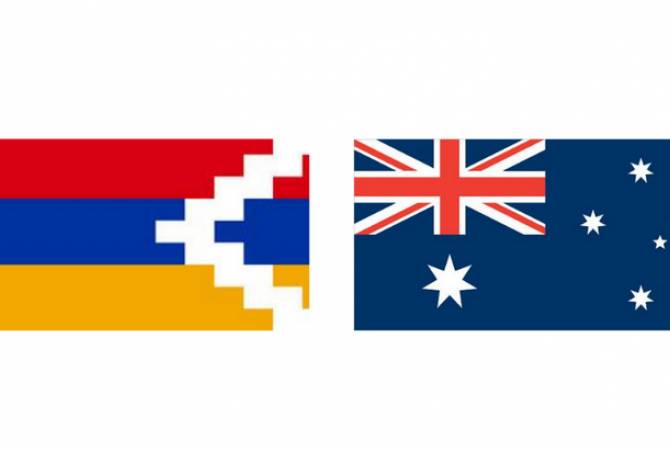 
YEREVAN, AUGUST 6, ARMENPRESS. Ten influential political figures joined the Circle of Friendship with Artsakh in Australia, including the former Minister of Finance of Australia, the former Ambassador to the United States, as well as members of the City Councils of a number of Australian cities, prominent scientists and public figures.

On behalf of the people and authorities of the Republic of Artsakh, Permanent Representative of Artsakh to Australia Kaylar Mikaelian welcomed the membership of the prominent Australian figures in the expanding Circle of Friendship with Artsakh, expressing his gratitude to them for supporting the aspirations of the people of Artsakh to live in peace and security in their historic homeland, ARMENPRESS was informed from the press service of the Foreign Ministry of Artsakh.

The establishment of a Circle of Friendship with Artsakh in Australia was announced during the working visit of the delegation of the Republic of Artsakh to Australia on August 1, 2019, headed by Foreign Minister Masis Mayilian. Member of the National Assembly of Artsakh David Ishkhanian was also part of the delegation. The Friendship Circle was established with the active support of the Armenian National Committee of Australia.

Currently, the Friendship Group has 57 members, including Australian Federal Ministers and MPs, a State Prime Minister and members of a State Council, political figures, scientists, intellectuals, as well as clergymen, cultural figures and representatives of community organizations.