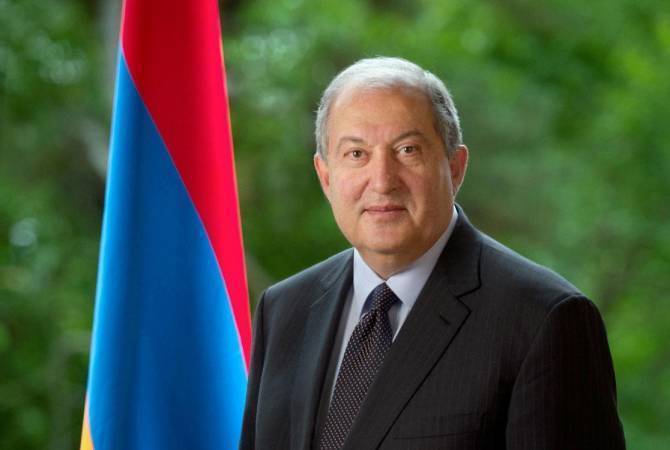 
YEREVAN, AUGUST 5, ARMENPRESS. President Armen Sarkissian sent a letter to the Catholicos of the Great House of Cilicia Aram I on August 6.

As ARMENPRESS was informed from the press service of the President’s Office, the letter runs as follows,

‘’I am shocked and feel great sorrow for this huge disaster that Lebanon, the friendly people of Lebanon and our Lebanese-Armenian compatriots faced. This is not the first time Beirut faces an emergency situation and this great challenge will be also overcome’’, reads the President’s letter.

‘’The consolidation and united actions of the Armenian national organizations will also be a powerful assistance for overcoming this human and state crisis’’, reads the letter.

President Sarkissian expressed solidarity with His Holiness, all the religious representatives and the Lebanese-Armenians.

The President discussed the situation in Beirut and the problems facing the Lebanese-Armenians with President of the Armenian General Benevolent Union (AGBU) Berge Setrakian and the ARF Bureau member Hakob Ter-Khachatryan.