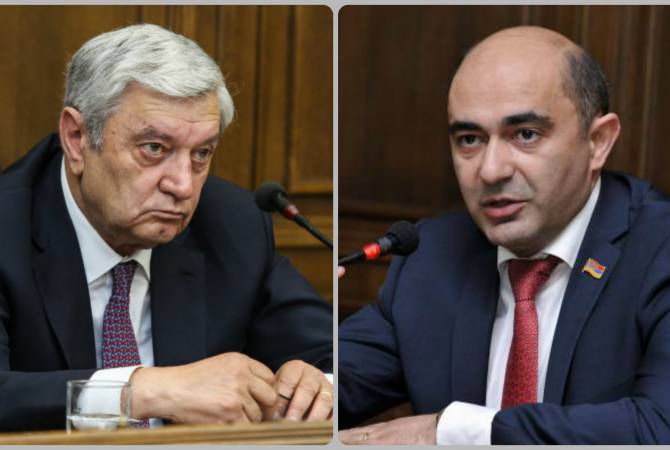 
YEREVAN, AUGUST 6, ARMENPRESS. Opposition Bright Armenia party leader Edmon Marukyan has addressed Minister of Emergency Situations Felix Tsolakyan over what he describes as “huge amounts” of ammonia, liquid ammonia and 300kg of mercury stored at the premises of the currently defunct Vanadzor Chemical Combine in the eponymous Armenian town.

Marukyan raised the issue days after the catastrophic Beirut explosion on Tuesday which involved ammonium nitrate stored at a warehouse.

The opposition lawmaker said the plant doesn’t have security and all personnel are not working. He said the chemical materials pose a serious risk to the city of Vanadzor if left unattended. According to the MP, the substances could potentially explode due to unsafe conditions and cause thousands of deaths and major destruction.

“Therefore I asked the minister to urgently issue orders to solve the existing risk of explosion at the plant and eliminate the toxic substances”, Marukyan said.