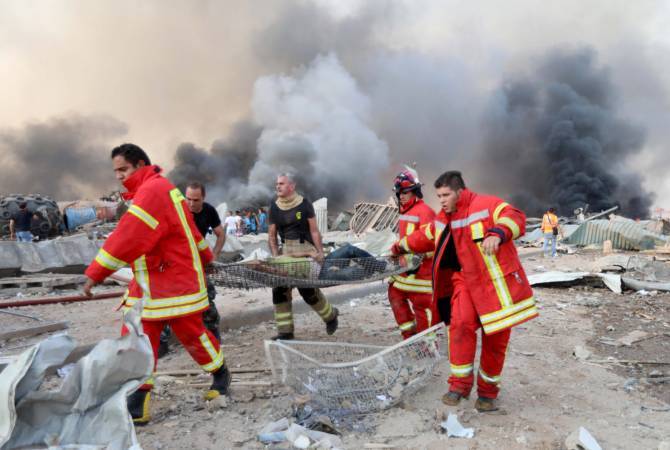 
YEREVAN, AUGUST 6, ARMENPRESS. The number of Lebanese-Armenians who were killed in the powerful explosion in Beirut has reached 11, and several dozens of representatives of the community are injured, Armenia’s High Commissioner for Diaspora Affairs Zareh Sinanian said in a statement. He said the figures may change further.

He said he is in constant contact with the Armenian community of Lebanon and Ambassador Vahagn Atabekyan and a preliminary assessment of needs has been done.

Among the top priority needs mentioned by the Armenian community are the following: provision or assistance in buying medication (especially for people with chronic illnesses), first necessity food and water, financial assistance for rebuilding apartments, shops, churches and public centers in Armenian-populated districts, and the facilitation and support for those desiring to repatriate.

Sinanian says he maintains contact with Catholicos Aram I of the Great House of Cilicia, who is expected to hold a meeting with community leaders tonight for further assessment of damages.

More than 130 people were killed and over 5000 wounded in the blast.