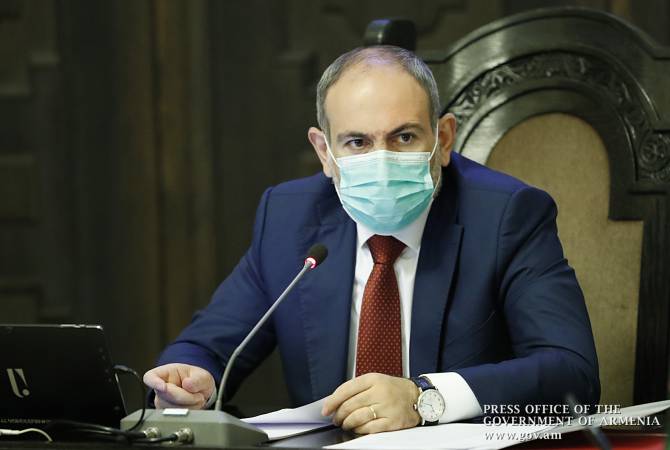 
YEREVAN, AUGUST 6, ARMENPRESS. Prime Minister Nikol Pashinyan started today’s Cabinet meeting by once again expressing condolences to the people and government of Lebanon over the deadly explosion which occurred Tuesday in Beirut.

Pashinyan said that Armenia cannot remain indifferent at this difficult time toward the needs of the brotherly people of Lebanon and the Armenian community of Beirut.

“On behalf of the Armenian Government I would like to express my condolences to the families of the victims and wish speedy recovery to all those who were injured. Lebanon is among Armenia’s closest friends. Our two countries are connected with numerous historical and cultural ties. Beirut was the capital of the Armenian Diaspora of the 20th century. For many decades, Beirut was the epicenter of religious, political and cultural life of the Diaspora. To this day it keeps its unique significance and huge role as a highly important center of Armenian presence in the Middle East. At this difficult moment, we cannot remain indifferent toward the needs of the brotherly people of Lebanon and the Armenian community of Beirut.

PM Pashinyan stressed that Armenia will provide as much assistance as it can to Lebanon.

Earlier the PM’s Office said that Armenia will send emergency supplies, medicine, food, medical equipment and other aid to Lebanon.