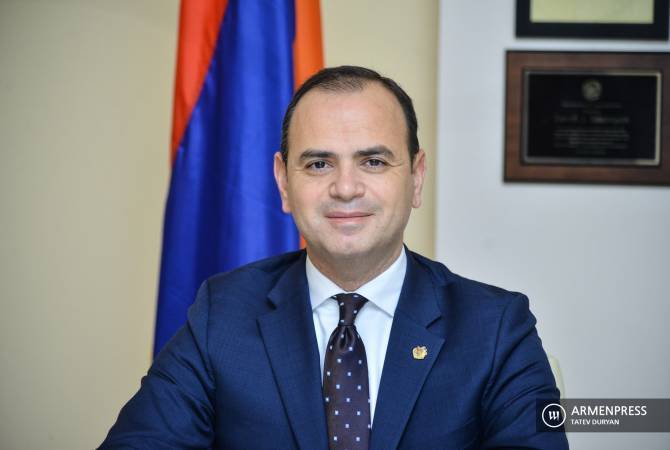 
YEREVAN, AUGUST 6, ARMENPRESS. The High Commissioner for Diaspora Affairs of Armenia Zareh Sinanyan will travel to Beirut for on-site assessment of the Armenian community’s needs after the powerful explosion devastated much of the Lebanese capital, Prime Minister Nikol Pashinyan said at the Cabinet meeting.

Sinanyan will depart to the Lebanese capital on board the emergency aircraft which is due to deliver medical aid and other supplies to Lebanon from Armenia.

More than 2700 tons of ammonium nitrate exploded in the port of Beirut at a warehouse on Tuesday, sending massive shockwaves through the Lebanese capital. More than 130 people are dead and 5000 are wounded. Heavy damages occurred across the city. The cause of the blast is under investigation.