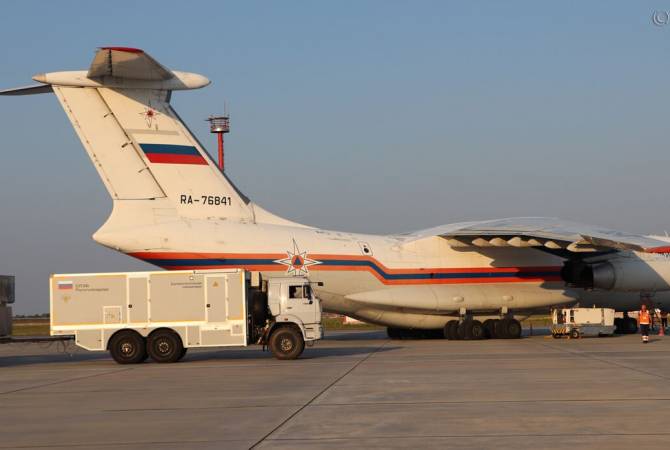 A total of 150 Russian rescuers will help the Lebanese authorities in search and rescue operations.

Russian authorities are sending two other aircrafts with aid soon. One of the planes is already airborne.

More than 2700 tons of ammonium nitrate exploded in the port of Beirut at a warehouse on Tuesday, sending massive shockwaves through the Lebanese capital. More than 130 people are dead and 5000 are wounded. Heavy damages occurred across the city.