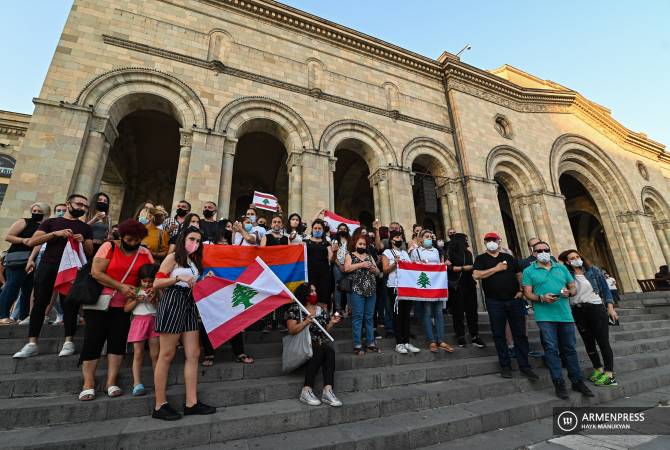 
YEREVAN, AUGUST 5, ARMENPRESS. Candle-lighting in memory of the victims of Beirut explosion took place at the Republican Square of Yerevan initiated by Lebanese-Armenian repatriates. ARMENPRESS reports the participants of the event waved the national flags of Armenia and Lebanon and sang the national anthems.

Over 100 people fell victim to Beirut port explosion, over 4000 were injured. According to preliminary data, 6 Armenians were among the victims.