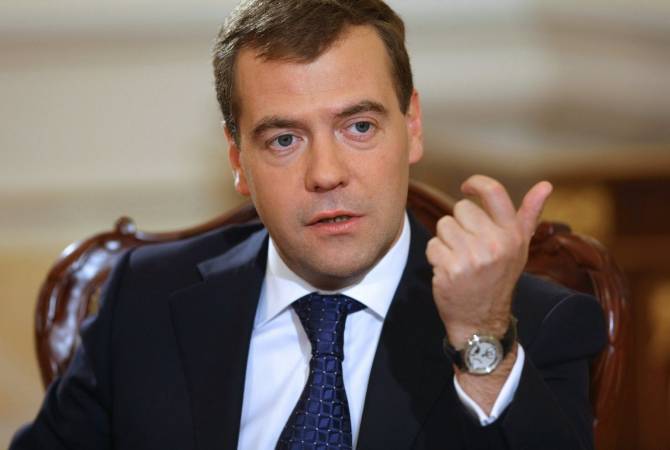 
YEREVAN, AUGUST 5, ARMENPRESS. Chairman of the ruling United Russia Party, former Prime Minister of Russia Dmitry Medvedev referred to border tensions between Armenia and Azerbaijan and noted that it should not create grounds for violence and clashes in the Russian Federation, ARMENPRESS reports Ria Novosti informs.

''I think our law enforcement bodies should focus on that this situation should not create grounds for violence or clashes inside our country'', he said.

Medvedev noted that diasporas should also acknowledge their responsibilities. ''Otherwise, those who violate the Russian legislation should be held accountable under the Russian law irrespective of their nationality. And if those who violate the laws are foreign citizens, even from our friendly countries, reasonable measures should be taken against them. They should just be expelled from the country if there are no other grounds for holding them accountable'', Dmitry Medvedev said.

Azerbaijan unleashed aggression against Armenia's Tavush region on July 12 but suffered losses and withdrew, after which Armenian community representatives in 3rd countries were attacked by Azerbaijanis.