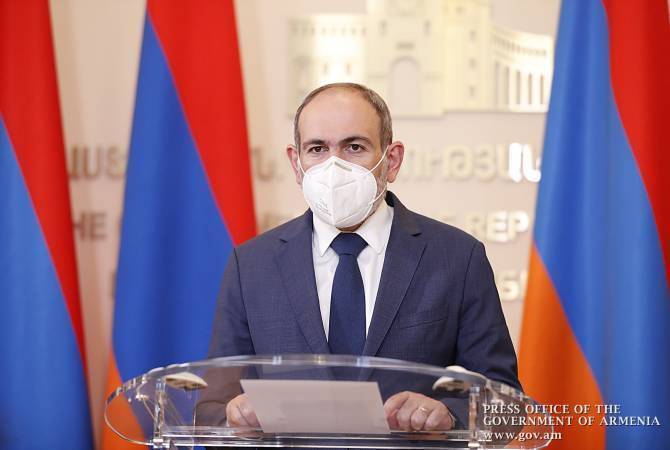 
YEREVAN, AUGUST 5, ARMENPRESS. The situation over novel coronavirus continues to improve and it's the 1st time the number of active cases is under 8000, Prime Minister of Armenia Nikol Pashinyan said in a briefing following a session at the Commandant's Office, adding that the numbers come near to the situation there was at the end of May and beginning of June.

According to the PM, the declining numbers have created an impression among the public that the pandemic is already overcome, but it's not so.

''Yesterday we reported 288 new cases. This is a very low number compared with July numbers, but is still a big number and we can say that the situation over the pandemic remains complicated in Armenia and if we do not react adequately and make greater efforts, we can roll back the situation to the situation we had in the first week of July, which was the peak of the pandemic. Today we face the same dangers we faced in May'', ARMENPRESS reports the PM as saying.

''Among our anti-pandemic rules wearing of face masks is the central one in open and closed areas and we have to strictly respect this rule’', Pashinyan said, adding that there is now an opportunity to overcome the situation.

288 new cases of COVID-19 were confirmed in the last 24 hours, the National Center for Disease Control and Prevention of Armenia said. The total cumulative number of confirmed cases has reached 39586, with 30850 recoveries.

478 people recovered from the disease over the past day.

This number doesn’t include the deaths of 228 other individuals infected with the virus who died from other pre-existing conditions, according to authorities.

The latest fatalities both had underlying health conditions.