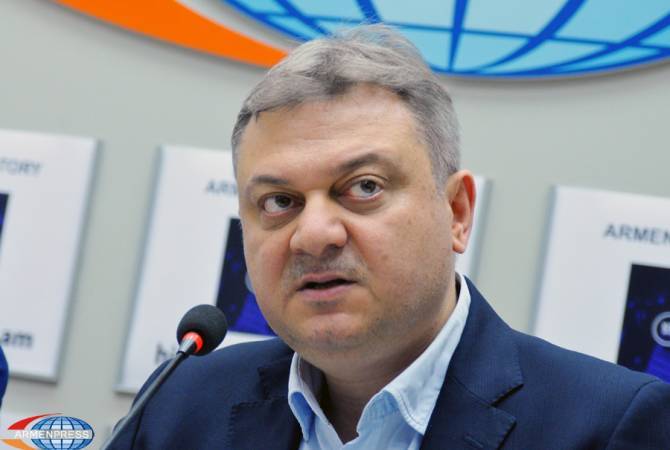 
YEREVAN, AUGUST 5, ARMENPRESS. The power of the Beirut blast is being compared to the magnitude of a powerful earthquake, Beirut-based Aztag Daily’s Editor-in-Chief Shahan Kandaharian told ARMENPRESS.

“It was a very powerful blast”, he said. “Even during the years of the civil war a blast like this hadn’t happened.”

“Residential homes and community institutions have been damaged. The office of Aztag has also suffered damages, windows and doors were knocked out, property and equipment are damaged. A nearby radio station, a party headquarters, all are damaged. The situation in the country is very difficult in socio-economic terms, especially in times of the coronavirus pandemic. Hospitals are overcrowded, they were even forced to conduct surgeries without anesthesia,” he said, describing the horrifying aftermath of the blast.

Kandaharian says the Lebanese government is declaring a state of emergency and is mulling to declare Beirut a disaster zone.

The blast erupted at a port warehouse in the Lebanese capital on Tuesday. More than 100 people are dead and 4000 are injured.