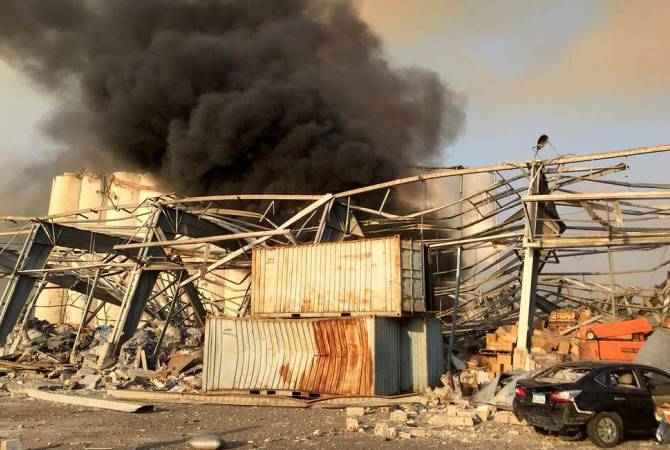 
YEREVAN, AUGUST 4, ARMENPRESS. Israeli officials have announced that official Jerusalem has no links with the explosions in Lebanon, Port of Beirut, ARMENPRESS reports Times of Israel informs.

Ria Novosti informed earlier that the army of Israel did not comment on the information of launching missile strikes at Beirut port.

Two major explosions rocked Beirut on August 4 and witnesses filmed the explosions and presented the devastation in the area.