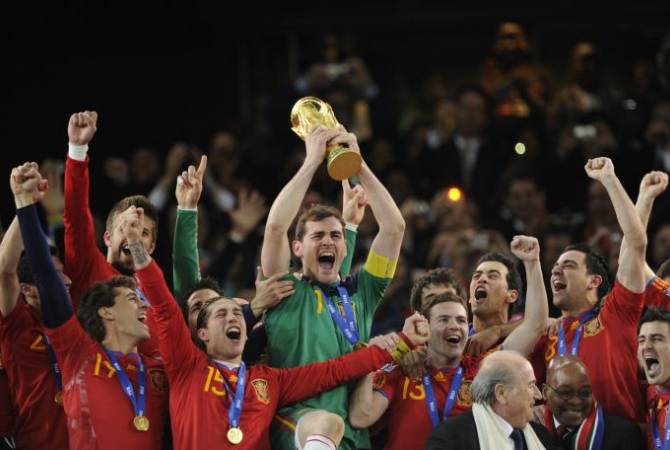 
YEREVAN, AUGUST 4, ARMENPRESS. Legendary former Real Madrid and Spain goalkeeper Iker Casillas has announced his retirement from football at the age of 39.

Casillas is hanging up his gloves after an outstanding football career that saw him win the Champions League on 3 occasions with Real Madrid and the World Cup and 2 European Championships with Spain.

“The important thing is the path you travel and the people who accompany you, not the destination to which it takes you”, Casillas tweeted. “Because that with work and effort, I think I can say, without hesitation, that it has been the path and the dream destination.”

He had suffered a heart attack during a training with Porto in May of 2019 but returned a couple of months later.

He will however remain in football as he had announced earlier in 2020 that he intends to run for the presidency of Spain’s football federation. In the meantime, he returned to Real as advisor to president F. Perez.

Real Madrid issued a statement over his retirement, describing Casillas as “one of the greatest legends of our club and world football”.