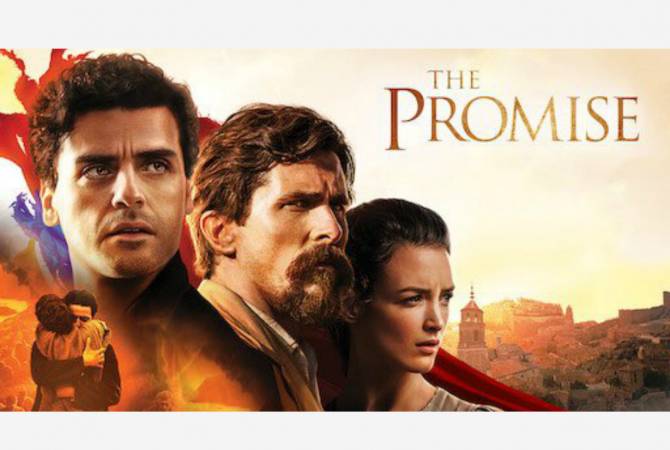 “We are thrilled to announce The Promise was acquired by Netflix for streaming starting 8/8. Thank you ALL for your support & we know it will now raise even more awareness. Thanks to the unparalleled generosity of our dear friend & mentor Kirk Kerkorian, our team specifically made this film & our historical documentary counterpart, Intent To Destroy, to get US legislators to recognize the Armenian Genocide once & for all. We accomplished that mission thanks to all of you & our social impact campaign. No amount of denial by human rights abusers or minions will undo that fact. We donated all of the downstream revenue from the films - & ongoing/unpublicized orders of magnitude beyond that - to charitable organizations in education, healthcare, science, human rights, social services, culture & more in the US, Armenia & around the world”, he said.

Set during the waning days of the Ottoman Turkish Empire and the Armenian Genocide perpetrated by the Ottoman Turks, “The Promise” tells the story of a love triangle sparked between an Armenian medical student, Michael (Oscar Issac), Anna (Charlotte Le Bon), and renowned American photojournalist Chris Myers (Christian Bale).

Armenian-American philanthropist and billionaire Kirk Kerkorian envisioned the movie. He died before the filming began.

Reporting by Angela Hambardzumyan; Editing and Translating by Stepan Kocharyan