Armenia’s economy slowly getting out of recession – Parliamentary committee chair 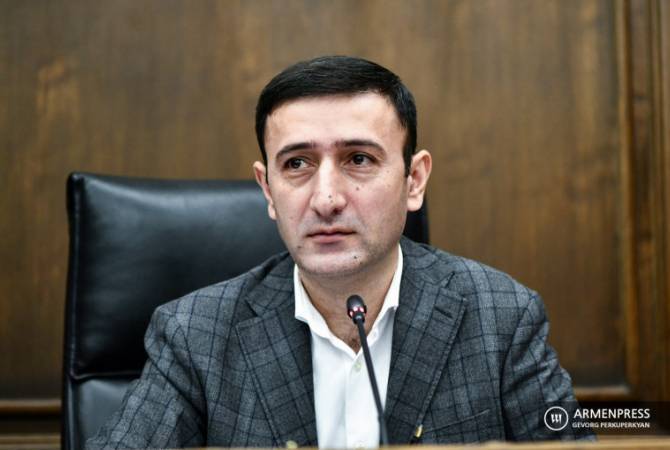 
YEREVAN, JULY 31, ARMENPRESS. Armenia’s economy is slowly recovering from the recession caused by the novel coronavirus (COVID-19) pandemic, this trend is noticed in the monthly dynamics, Chairman of the parliamentary standing committee on economic affairs Babken Tunyan told Armenpress, expressing hope that the decline will reach minimum in coming months.

As of January-June 4.7% decline in the economic activity index was registered. The MP said the decline rate compared to January-May and January-April has increased, but he highlighted the monthly dynamics to see the changes that have taken place each month. “The decline in fact has started from March. The decline in the economic activity index this March was 4.1% against March 2019. In April the decline reached up to 16.3%, but in May it reached 12.8% and in June – 7.5%. In other words, if we look at the monthly dynamics, we had the highest decline in April, during the strictest coronavirus-related restrictions. But now the declining rate has weakened, and if this dynamics continues, the rate will further weaken and it’s possible we will have a restoration of the economic activity in the last quarter – in October, November and December. And if these monthly positive changes take place, they will affect the overall annual figure. But all these depend on what will be the future development of the economy and the coronavirus situation”, he added.

Touching upon the separate branches of the economy, the lawmaker said the picture is the same almost in all sectors. The industry field differs a little from the other sectors, as a growth has been recorded in the industrial production. It increased by 1.5% in January-June, but on monthly basis it has recorded a decline: for instance compared to June 2019, this year in June it has declined by 2.4%. He said the growth in the industry is mainly at the expense of the growth in the mining industry. “At this moment one of the main bases of Armenia’s economy is the mining industry. No matter how much the environmentalists and others are dissatisfied with this, the fact is that today the mining industry ensures large part of the taxes, foreign currency and economic indicators”, he added.

The growth in agriculture comprised 1.7% in January-June.

The MP connects the weakening of the economic decline with the re-opening of economic activities. “If initially the operation of public food objects was totally banned, now they can operate by following some rules. In addition, in March and April, when the anti-crisis packages started to develop, they entered into force in early May, the assistance was provided both to the employers and separate companies, which in its turn creates a demand in the economy”, he said.

Mr. Tunyan said according to the latest estimations of the government, which is reflected in the 2021 budget draft, 2.6% economic decline is forecast for 2020. However, he noted that it’s still difficult to make a prediction because the economic situation is closely connected with the healthcare situation and the daily coronavirus cases.

“We can state that the economy is slowly getting out of the recession”, he said.

The lawmaker said there may be criticisms that some sectors are facing problems. He confirmed that many sectors face problems and they are going to be long-term problems, as it’s impossible to immediately return to the previous situation. “But on the other hand it’s important for the business and the society to have positive expectations, because expectations play a great role in the economy, especially in terms of the fiscal policy and other factors”, Babken Tunyan said.

The lawmaker said it is necessary to normalize the healthcare situation as soon as possible and further accelerate the recovery process.