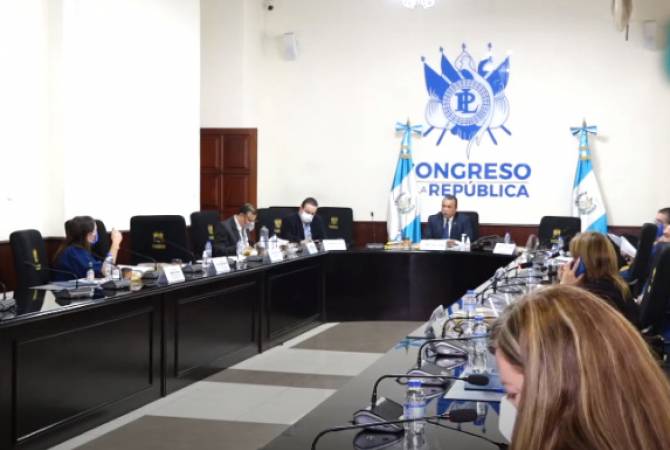 
YEREVAN, JULY 29, ARMENPRESS. The Foreign Affairs Committee of the Congress of Guatemala on July 28 adopted a resolution over the recent escalation on the Armenia-Azerbaijan border.

The resolution states in particular: “The Committee received information about the situation faced by the civilian population of Armenia’s Tavush province bordering Azerbaijan, in particular Chinari, Movses and Aygepar villages, where the shelling damaged residential houses and civilian infrastructures, causing fear among the residents.

We know that this escalation has started from the 90s between Nagorno Karabakh, Azerbaijan and Armenia, over which the UN Security Council adopted resolutions urging to end the military operations and launch negotiations for establishing peace.

Our society has faced the heavy experience of an internal armed conflict which lasted for over 36 years, which left many human losses, wounded, disabled people and greatly damaged our private and public infrastructures”, the resolution states.

“We call on the parliaments of Armenia and Azerbaijan for a dialogue and expression of will for the sake of peaceful talks in their respective countries”, the document adds. “The recent events oblige us to demand to immediately stop the fire, war and hostile actions against the civilian population living in the aforementioned zone and the villages, as well as to cancel any joint military action or step with any state of the region which can endanger the peace and harmony in that important region of the world”.

A unanimous decision was made to send the resolution to the foreign affairs committees of the parliaments of Armenia and Azerbaijan, as well as submit it for the approval by the Congress plenary session.