Armenian side will closely follow process of Turkish-Azerbaijani military drills 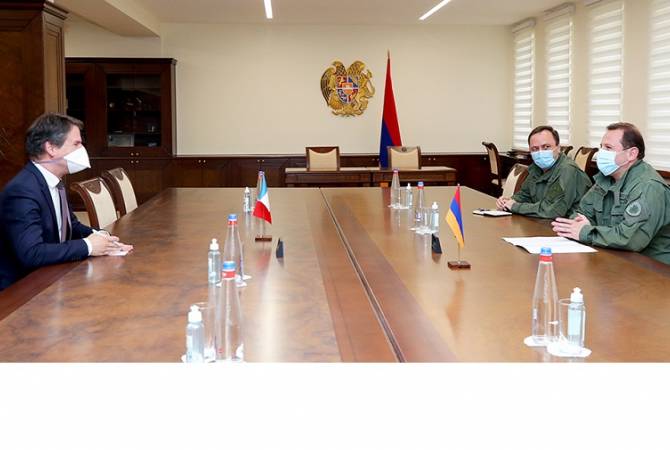 Issues relating to the ongoing cooperation and the regional security were discussed during the meeting.

Introducing the recent situation on the Armenian-Azerbaijani border and the Artsakh-Azerbaijan line of contact, the Armenian defense minister highlighted the role of the OSCE Minsk Group Co-Chair countries – Russia, US and especially France as a member of the UN Security Council, the EU and the NATO, in easing the tension and continuing the negotiation process.

Touching upon the Turkish-Azerbaijani joint military exercises, the Armenian defense minister said the tactical nature of these drills from military perspective is not concerning, but it’s important for these drills not to turn into provocative actions near the borders, defense structures and other infrastructures of Armenia.

The minister said the Armenian side will closely follow the process of the military exercises and the future developments.

In his turn the Ambassador reaffirmed France’s mediation role in settling the conflict exclusively peacefully and also highlighted the balanced environment in Armenia at this entire period which was free from nationalist manifestations, as well as war calls.