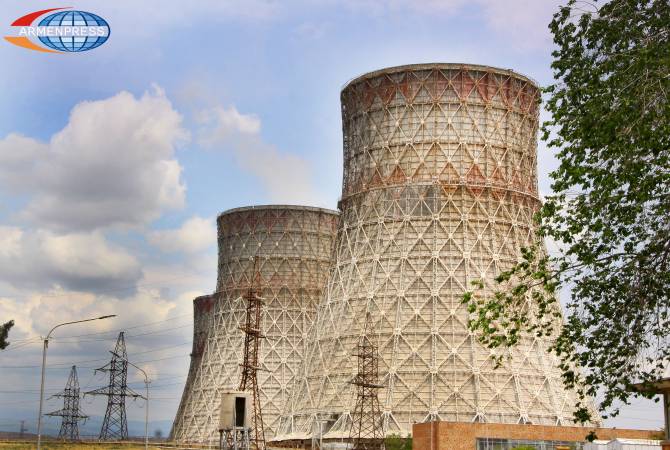 
YEREVAN, JULY 23, ARMENPRESS. During the military operations targeting civilian population and non-military infrastructure is prohibited by international law. Recently the spokesperson of Ministry of Defense of Azerbaijan announced, that Azerbaijani army is ready to strike Armenian Metsamor Nuclear Plant, which can be described as a real threat for international security and peace. On this issue Professor Dr. Heinz Gärtner, the chair of the advisory board of International Institute for Peace and professor at University of Vienna interviewed by ‘’Haiastani hanrapetution’’ newspaper․

-Dear Professor, Dr. Gaertner, we testimony that turbulent situation in the World affairs is getting tense. What do you think which confrontations can stand real threat for peace and trigger major conflicts where nuclear issues can play decisive role?

- The world today moves towards more global and regional polarization without multilateralism. We witness the breakdown of multilateralism, the emergence of nationalistic and ethnic xenophobia, demonization of adversaries, depreciation of international institutions, the withdrawal of international agreements and treaties and arms race. This happens on the background of a pandemic, and global economic crisis with increasing poverty accompanied and increasing climate damages.

- Can we draw some comparisons between the strike with nuclear weapons and/or strike on Nuclear plant? In which way you will evaluate the official announcement of Azerbaijani Ministry of Defense with which it is threatening to strike Metsamor Nuclear Plant in Armenia?

- Although the threat to target a civilian nuclear power plant is not the same as the threat to use a nuclear weapon, it would violate the nuclear taboo and dangerously cross a red line. I entails an uncontrollable spiral escalation. Involving potential casualties with nuclear means is a kind of first use and goes beyond any deterrence policy.

-What kind of steps must implement the International community for preventing the strikes on nuclear plants, even in the time of wars as it can stand real catastrophe for entire world security? Are there any regulations?

- A Nuclear Plant can be considered a civilian object. An attack on civilian targets are illegal according to the Additional Protocol I of the Geneva Conventions of 1949 and 1977. It also states that that damage against civilians should not be disproportionate to the direct military advantage. The destruction of a civilian nuclear power plant violates definitively the principle of proportionality. A nuclear power plant is no “legitimate military target”.

- I would suggest to look at a successful historical analogy. The Helsinki Final act and the subsequent process could provide a guideline for resolving the conflict, without copying it. The Final Act recognizes the indivisibility of security in Europe as well as the common interest in the development of cooperation throughout Europe. The participating States pledged to refrain from any form of armed intervention or threat of such intervention or any other act of military, or of political, economic or other coercion against another participating State. Accordingly, they would refrain from direct or indirect assistance to terrorist activities. The participating states reaffirmed their will to intensify such cooperation between one another, irrespective of their systems. They consider that their frontiers can be changed, however, only “in accordance with international law, by peaceful means and by agreement”. The Final Act also recognizes the right “to be or not to be a party to treaties of alliance; they also have the right to neutrality”.

The CSCE-Helsinki Final Act of 1975 is the document which expresses best European values. In spite negotiated on the height of the Cold War it does not identify enemies, not even opponents or adversaries. It requests cooperative security and analyses that security is indivisible. The Final Act is not only a guideline to reduce the tensions in Europe but can be model for other conflict areas in the world, for example for strengthening peace and security in the South Caucasus.