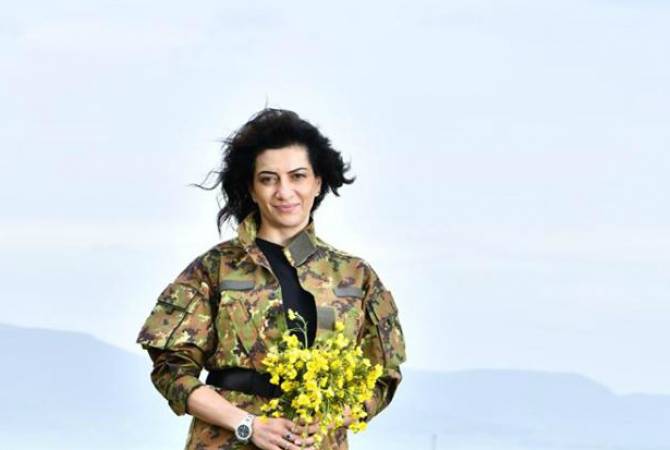 
YEREVAN, JULY 13, ARMENPRESS. Armenian prime minister’s wife Anna Hakobyan urges the Azerbaijani women and mothers to call on their country’s military-political leadership to suspend the military operations, do not endanger the lives of soldiers of the Azerbaijani and Armenian peoples.

Anna Hakobyan said on Facebook that the situation on the Armenian-Azerbaijani border has become tense from July 12, battles started between the Armenian and Azerbaijani armed forces as a result of which the Azerbaijani side, according to the official information, has suffered 4 losses in manpower within several hours.

“As the author of the Women For Peace campaign, I urge the Azerbaijani women and mothers to call on their country’s military-political leadership to suspend the military operations, do not endanger the lives of sons of the Azerbaijani and Armenian peoples.

Women, mothers and sisters should ask their military-political leadership what they have got at the expense of the loss of their beloved ones, their personal tragedy, and what is hindering to discuss the issues in the conditions of peace, through the negotiations with the leadership of the other side.

Especially during these pandemic days the heads of state should direct their efforts for maintaining the health of their own peoples and against one common enemy – the war against the pandemic, in order to return the humanity to their normal life.

Following the UN Secretary-General’s call for global ceasefire is the best the heads of state can do for their countries and peoples. War must always be avoided. Alternative always exists”, Anna Hakobyan said.