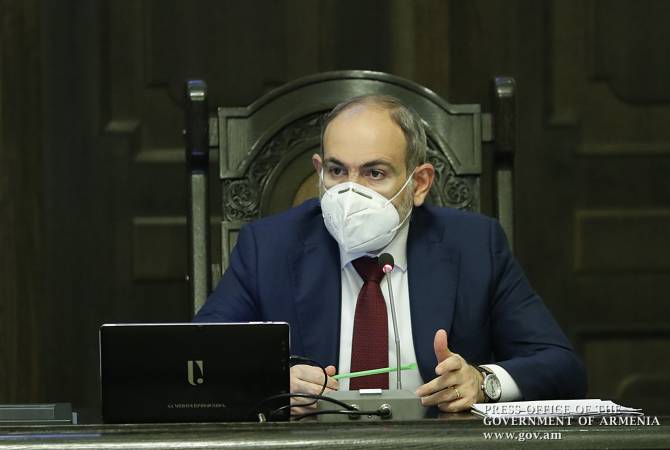 
YEREVAN, JULY 13, ARMENPRESS. Azerbaijan’s military-political leadership will bear the entire responsibility for the unpredictable consequences of the regional destabilization, Armenian Prime Minister Nikol Pashinyan said at the extraordinary session of the Cabinet today.

“Yesterday, on July 12, the armed forces of Azerbaijan launched provocative actions on the Armenian-Azerbaijani border, attacking our border posts located in the direction of Movses village of Tavush province. The provocative operations of the Azerbaijani armed forces are strongly condemnable. Today in the morning these operations have resumed. With their resumption the Azerbaijani military-political leadership will bear the entire responsibility of the unpredictable consequences of the regional destabilization”, Pashinyan said.

The PM also said that Turkey’s actions on provoking regional instability is also concerning, which is best reflected in the official statement of the Turkish foreign ministry where the latter is expressing an unconditional support to Azerbaijan’s actions with an obvious and already traditional anti-Armenian logic.

“This military incident has not emerged via vacuum. It’s already a long time Azerbaijan’s leadership is trying to play the anti-Armenian card for their well-known motives. It’s possible that we are dealing with an action of the Azerbaijani military-political leadership to push the domestic problems to a second plan via escalating the border situation, in the context of which the openly ignoring attitude towards human lives, including the lives of Azerbaijani soldiers, is obvious”, Pashinyan said.

He added that the evidence of this is the fact that Azerbaijan has not joined the UN Secretary-General’s call for global ceasefire during the COVID-19 pandemic.

The Armenian PM assured that no provocative action remains without a response.

“I call on all our compatriots to express their unconditional support to our Armed Forces, soldiers, commanders who at the moment stand firmly in the positions of defending the Homeland”, the PM said, urging all to trust only the official sources.