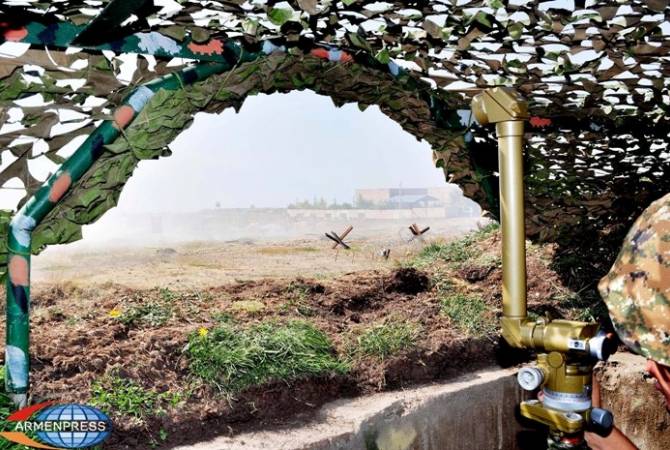 
YEREVAN, JULY 13, ARMENPRESS. Two police officers of Armenia have been slightly injured from the shots fired from the Azerbaijani side while conducting their combat duty on the border, Armenian defense minister’s spokesperson Shushan Stepanyan said on Facebook.

“Two of the police officers on combat duty in the border suffered a slight injury from the shots fired by the adversary”, she said.