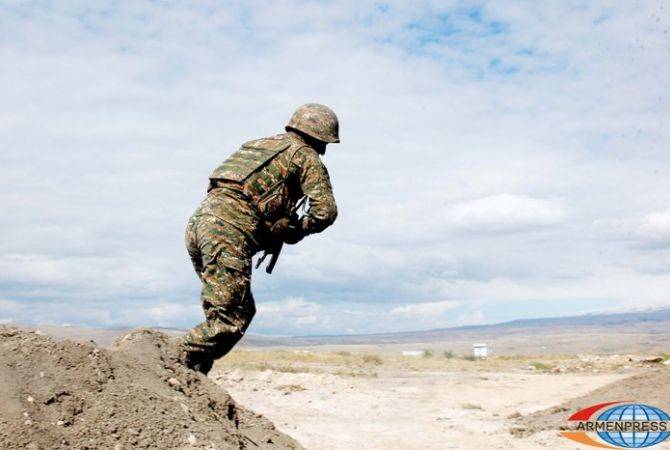 
YEREVAN, 12 JULY, ARMENPRESS: Azerbaijan restarts shelling the positions of the Armenian Army at the spot, where earlier June 12, a military UAZ SUV tried to cross the border line in Armenia’s North-Eastern Tavush province.  “Azerbaijan restarted shelling towards the same combat position with 82 mm mortars and a tank. The military-political leadership of Azerbaijan will bear full responsibility for the escalation of the situation”,- wrote the spokesperson of Armenian MOD Shushan Stepanyan on her account in Facebook social network.

Earlier, Azerbaijani MOD informed that as a result of the incident on the Armenian-Azerbaijani border 3 Azerbaijani servicemen have died and 5 have been injured.

On her behalf, The spokesperson of the Defense Ministry of Armenia Shushan Stepanyan informed that the servicemen of the Azerbaijani armed forces made an attempt to violate the Armenian state border in an UAZ vehicle in the direction of Tavush Province on July 12 at about 12:30.