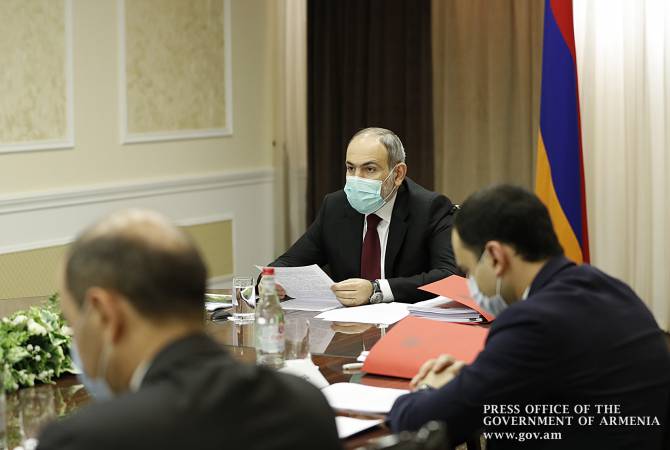 
YEREVAN, JULY 10, ARMENPRESS. The new National Security Strategy of the Republic of Armenia has been published and will replace the one adopted in 2007.

The new Strategy is based on three fundamental principles.

The first principle is the creation of a strong and prosperous Armenia as a guarantor of its own security.

“There is no alternative to the strength and prosperity of the Armenian state for ensuring Armenia’s security. As a state, that is interested in the preservation of peace and stability and is constantly developing its capacities on this direction, Armenia will continue making efforts for having its decisive role in ensuring regional peace, security and stability. At the same time, Armenia will continue participating in ensuring international security through the engagement of Armenian peacekeepers to the international peacekeeping missions, not only as a consumer of the international security, but also as a provider of it”, stated in the document.

The second fundamental principle is that with its logic the Strategy aims at contributing to the long-term goal of ensuring the eternity of the Armenian statehood, preparing us to resist possible dangers sometimes threatening our statehood.

According to the third principle, in the constantly changing world it’s a priority to develop Armenia’s domestic and external resilience to be always ready for the new, unpredictable challenges and responding them effectively.

The 40-page document consists of introduction, 6 chapters and concluding provisions. The Strategy presents Armenia’s security environment, national interests, the goals and principles of the Strategy.

“Since the adoption of the first National Security Strategy of Armenia in 2007, the international and regional security environment has undergone major changes, making the challenges facing Armenia more complex and multi-layered. Armenia has also changed. With the implementation of the peaceful, Velvet, people’s Revolution in Armenia in 2018, the citizen of Armenia has set a high bar for ensuring the state’s security, development and welfare. In the new context the key of Armenia’s security policy is the democratic system of governance which creates a firm base for the strengthening of the country’s economic, political, intellectual, therefore also military potential. These realities require from us to have a new, more ambitious National Security Strategy”, stated in the document.