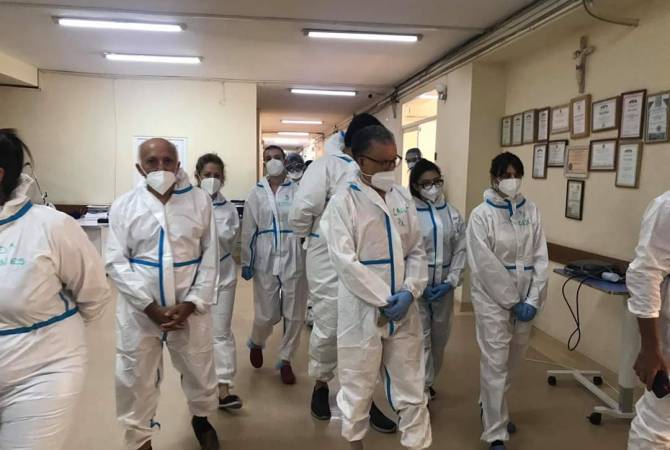 
YEREVAN, JULY 9, ARMENPRESS. The French Embassy in Armenia responded to the inquiries over the missions of French doctors in Yerevan.

“The two missions of the French doctors arrived in Armenia at the invitation of the Armenian authorities who ensured the organization of these missions.

The French Embassy was informed about the visits through the Armenian government, welcomed the delegations and has always been in touch with them while in Armenia.

In response to the request of the Armenian government, France covered the transportation and accommodation costs of the second delegation.

The French Embassy in Armenia once again expresses its gratitude to the medical teams who agreed to come to Armenia in a very short period of time to help their Armenian colleagues with advice”, the Embassy said in a statement.