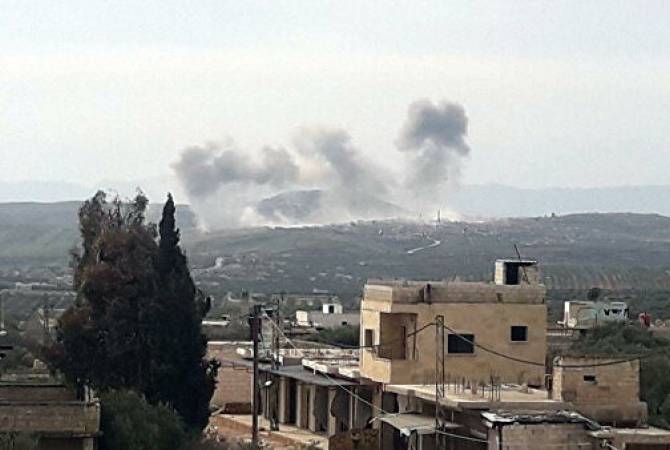 
YEREVAN, JULY 9, ARMENPRESS. Militants have made at least 15 explosive devices containing unknown substance for a provocation in Syrian inhabited localities, Alexander Shcherbitsky, chief of the Russian Center for Reconciliation of the Opposing Parties in Syria, said on July 8, reports TASS.

“According to the intelligence, militants have manufactured minimum 15 improvised bombs stuffed with unknown toxic substance in a special laboratory located in the town of Sarmada”, Shcherbitsky said.

According to tip-offs from the local population, he added, the Hayat Tahrir al-Sham terrorist group (banned in Russia) “is planning a provocation in the settlement of Sfuhon, Fatira and Flaifel, Idlib province, with the aim to blame the government forces for the use of chemical weapons”.