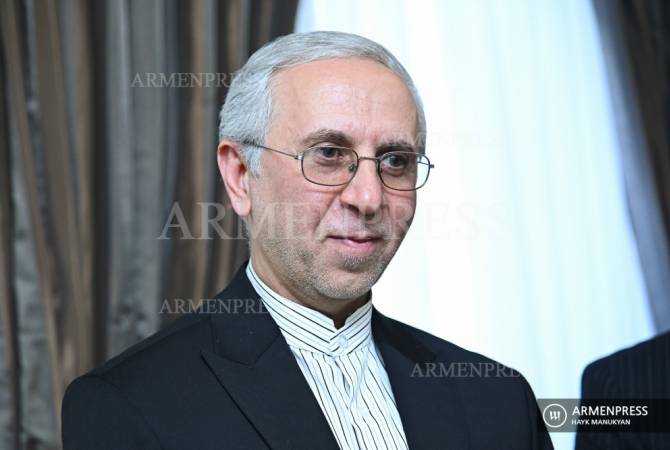 “Our country’s position towards Israel has been presented for years, we take actions for the sensitive attitude we have not to create problems with our neighbors. But Israel has always tried to ruin our best relations with our neighbors. Iran respects Armenia’s decision. We are always expressing our concerns during the meetings with officials. Our position is the following: we have good relations with the neighbors and do not want to damage them”, the Iranian Ambassador said.

On September 2019 the Armenian government made a decision to open an Embassy of Armenia in Tel Aviv, Israel.

Commenting on the Armenia-Israel relations, Armenian foreign minister Zohrab Mnastakanyan said Armenia has its interests which it must pursue and has never conducted and does not have any plans to conduct a policy with one partner at the expense of another partner.

As for the Armenia-Iran relations, the FM stated that there is a very active and inclusive dialogue between the two countries, as well as quite a large-scale agenda.