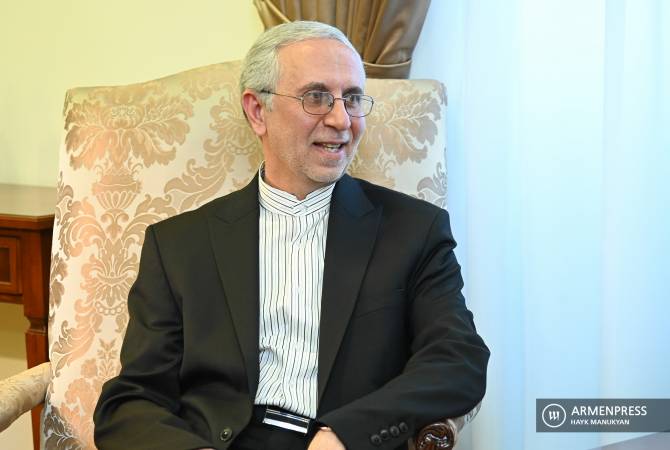 
YEREVAN, JULY 8, ARMENPRESS. Ambassador of Iran to Armenia Abbas Badakhshan Zohouri commented on the contradictory statements of the Iranian Ambassador to Azerbaijan over the Nagorno Karabakh conflict settlement.

In an interview to Armenia’s Public TV, the Iranian Ambassador said Iran’s balanced position on the NK conflict settlement has not changed.

“We have always expressed the position of the Islamic Republic of Iran on the Nagorno Karabakh conflict settlement, no change has taken place in our position. If there are people who express other opinions, they are not official stances, and the balanced position which has been adopted by Iran has remained unchanged. And any change would have been presented by the spokesperson of the Iranian foreign ministry which has not been done”.