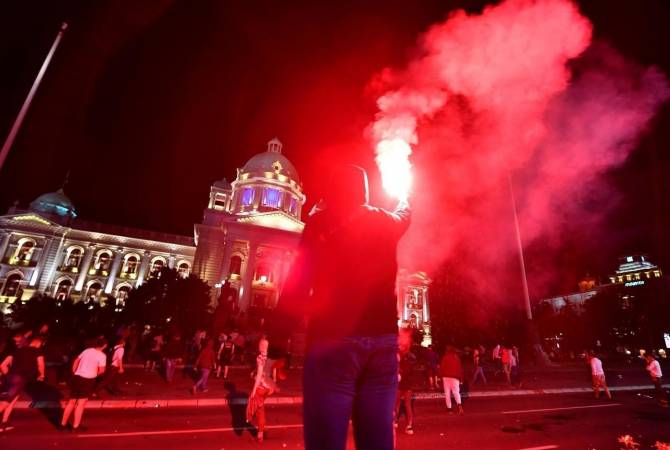 
YEREVAN, JULY 8, ARMENPRESS. A group of opposition supporters stormed the Serbian parliament building in Belgrade on Tuesday in a protest against a lockdown planned for the capital this weekend to halt the spread of the coronavirus, Reuters reports.

Serbian President Aleksandar Vucic said on Tuesday evening that stricter measures including the lockdown of Belgrade over the weekend would be introduced because of the rising number of coronavirus infections.

Opponents blame the increase on the government and say people should not have to pay the price for another lockdown.

Around 10 p.m., a small group of protesters pushed past a police cordon, broke through a door and entered the parliament building. But police later pushed them back.

The police threw teargas, pushing the crowd away from the parliament building. Police reinforcements later arrived.

Serbia, a country of 7 million people, has reported 16,168 coronavirus infections and 330 deaths.

In early March, Serbia introduced a lockdown to halt the spread of the coronavirus.